The site does not use profiling cookies. Technical cookies are used, including third parties, necessary for proper navigation and access monitoring. By continuing to browse without changing your browser settings, you agree to receive all cookies. By clicking on "I approve" you will not see this message again. Learn more 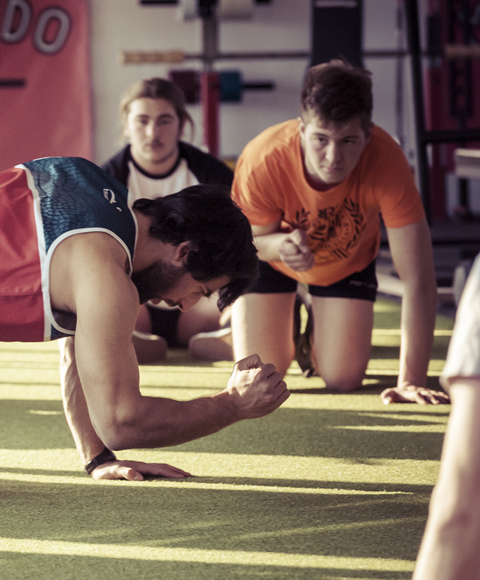 when talent does not work hard

What drives a person to move forward and face even the most difficult obstacles? Passion and perseverance

How bad do you want it?

This motto constantly reminds me how important it is to improve oneself, day after day, both practically and theoretically. In Italy physical preparation for professional athletes is profoundly underdeveloped and it is, in most cases, inadequate because it does not enhance or protect the integrity of the individual.

For this reason, so that I can provide a cutting-edge human and professional contribution to the athletes I work with, I have been studying abroad for six years, specifically in the United States, South Africa, Wales and England.

Being raised among contact and combat sports, I have recently decided to expand my know-how, so that I can work with athletes of any sports and I can also manage their rehabilitation when they are recovering from injuries.

What stimulates me and what I love about my job is that I can help athletes of any level achieve mental stability and optimal physical shape so that they can pursue and obtain the best results in their sports performance.

Without a plan, you are planning to fail (Louie Simmons)

My studies and my professional experiences:

Access to Magnitudo is reserved for those who have made an appointment or received an invitation. Contact us for more information.

Magnitudo Training, Magnitudo Recovery and their logos are registered trademarks.